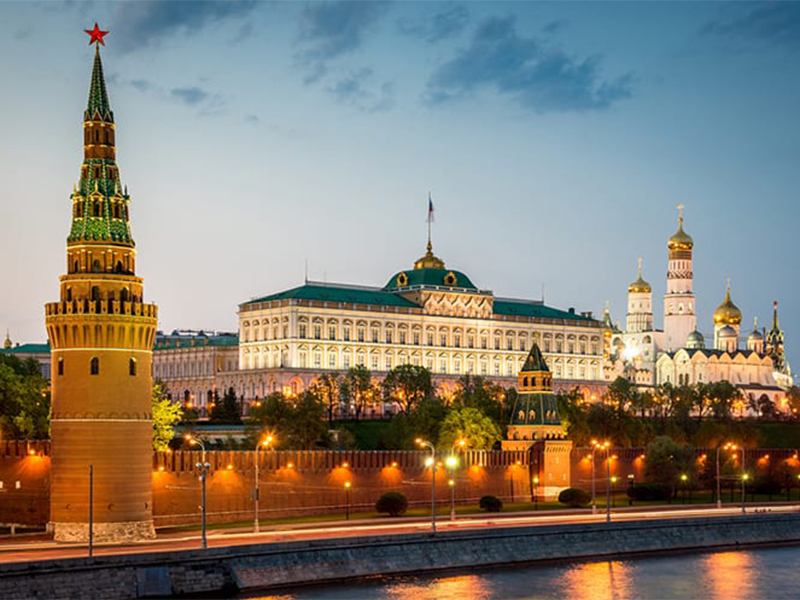 Russia is rich in beautiful and unusual for cities, villages, resorts, lakes, rivers, mountains, so you have a wide range of places to visit on Russia vacations.

The largest and most famous cities are Moscow, the capital of Russia, and St. Petersburg, that also is called “The Northern Capital”. The travelers have a great opportunity to visit magnificent palaces and theatres there.

You can also make the famous Golden Ring and Silver Ring tours and get acquainted to such Russian cities as, Kostroma, Sergiev-Posad, Rostov Veliky, Uglich, Yaroslavl, Tihvin, Vologda, Veliky Novgorod and many others.

There are a lot of possibilities to get to know Russian nature. For example, you can go to Lake Baikal – the longest and the deepest lake of the world.

Click the links for a some of our Russian Tours  and Russian Cruises . Call us for all details!

Saint Petersburg is a very young city compared to old European capitals and, probably, the only city in the world that has acquired so much historic significance in such a short time. It was founded in 1703 as an outlet to the sea, which was very important for Russia’s future development from both strategic and economical points of view. Saint Petersburg was considered to be «a key for paradise» for the Russian Empire, so the city’s name is very symbolic: it was called in honor of Saint Peter, who, as we know from the Holy Bible, was a keeper of the keys from the paradise. Saint Petersburg today is one of the most important cultural, scientific and industrial cities in Russia, housing several hundred of museums and exhibition halls. Great Russian and foreign artists, poets, writers and composers admired the beauty of Saint Petersburg and commemorated it in their works.

Click the links for a sample of our Russian Tours  and Russian Cruises . Call us for all details

The State Hermitage is one of the largest of art and historical museums in the world, the Federal State Institution of Culture.

Peterhof is the monument of world architecture and the palace and park art. Peterhof includes the Palace and Park Ensemble of XVIII-XIX centuries — the former royal countryside residence. Peterhof is the City of Fountains — it contains 173 fountains and 4 cascades

As it is stated in ancient chronicles, in 1147 Prince Yury Dolgoruky invited his relative, Prince Svyatoslav Olgovich, to see him in Moscow which at that time was a small castle lost in the boundless Russian forest. Thus the history of the biggest political, economic, cultural and scientific center of Russia began. In the 12th century Moscow turned into a fortress, by the 13th century it was already a town and in the 15th century Moscow became the capital of the Russian State. Today Moscow with its history, architectural masterpieces and innumerable art treasures has found itself in a whirlpool of global currents determining the world development. People from all over the world come to witness Moscow splendors and to fall for the charm the capital of the largest empire on earth certainly possesses.

Click the links for a some of our Russian Tours  and Russian Cruises . Call us for all details!

Bolshoi Theatre  is one of the largest theatres of opera and ballet in Russia and one of the most important ones in the world.

The Abramtsevo Museum-Estate is one of the most famous estates of Moscow Region. Famous artists of 19-20th centuries, sculptors, and some eminent writes lived and worked there at various times. The first mention of Abramtsevo dates back to the 16th century,

The Arbat is one of the most famous and oldest streets in Russian capital — it has been existed since the 15th century. Originally the street was a part of an important trade route. Then a large number of craftsmen set up their stores there. In the 18th century, Arbat became the most prestigious living area in Moscow.

The Kuskovo Estate is an architectural and artistic ensemble of the XVIII century located in the East of Moscow. Kuskovo was the summer residence of Count Peter Sheremetev, son and heir of the famous Field Marshal of the Petrine era

Officially founded in 1898, Sochi from the very beginning served as a resort area. The discovery of the salubrious sulphured hydrogen springs throughout the territory of the town contributed greatly to its rapid development as the most popular health resort in Russia. By the beginning of the 20th century several hotel complexes as well as numerous private summerhouses of Russian nobility had been constructed in the town. Several of them have been preserved and considered to be the excellent examples of Russia’s Art Nouveau architecture. In the Soviet times and at present Sochi stays one of the most popular summer resorts in Russia. The major attraction of Sochi is its natural beauty. Pristine rivers and streams down the picturesque Caucasus mountains, mixed primeval forests engirdle foothills, boundless golden beaches stretch as far as the eye can see.

The Golden Ring is the name for a popular tourist route with the network of ancient towns north-east of Moscow. These Russian towns are famous for unique architectural constructions dating back to the 12-17th centuries.
During this fascinating tour you will have an opportunity to visit such towns as Vladimir, Suzdal, Kosroma, Yaroslavl and Rostov. You will see fascinating temples made of white stone, visit ancient monasteries, and listen to the ringing of church bells. The Golden Ring tour is a very good way to learn more about Russian history, culture and traditions.

The exact date of Kazan foundation is unknown. According to some historians it was founded in the 13th century, others believe it was founded in 1177. located on the banks of the Volga River. Since 1438 the city was the capital of Kazan Khanate, and in 1552 it was conquered by Russian tsar Ivan the Terrible. Nowadays Kazan is the capital of the Tatarstan republic. Kazan witnessed many important historical events. Here the leader of the Bolsheviks party Vladimir Lenin started his activities. Kazan is a very interesting city from the architectural point of view. Here one can see old buildings, which have been carefully preserved till nowadays: the Kremlin with various constructions of the 16th-18th centuries, the Peter and Paul cathedral, the Marjani mosque. 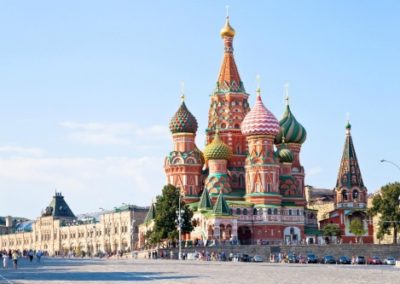 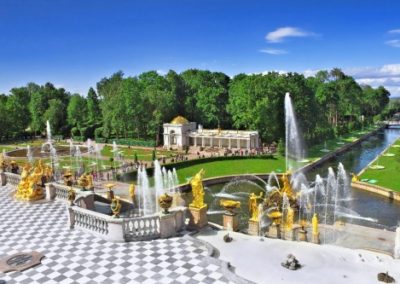 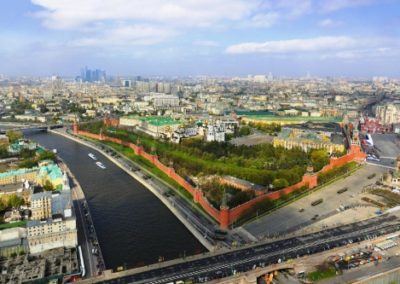 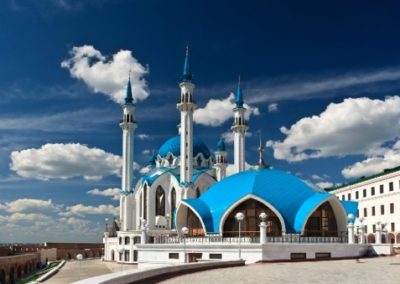 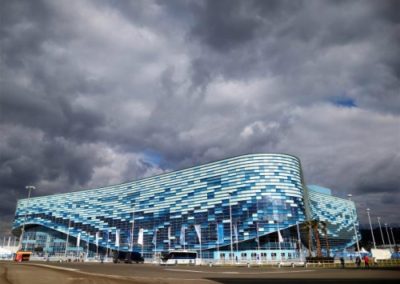 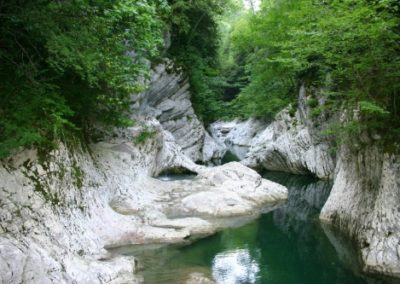 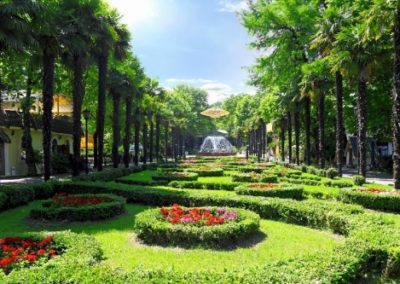 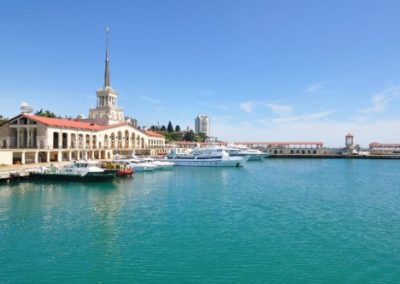 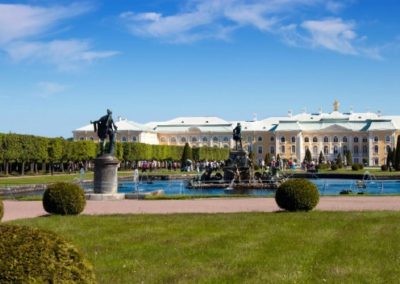 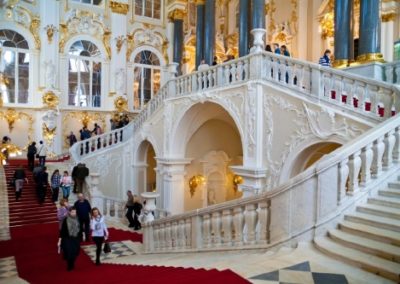 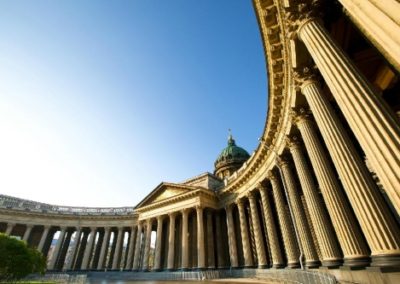 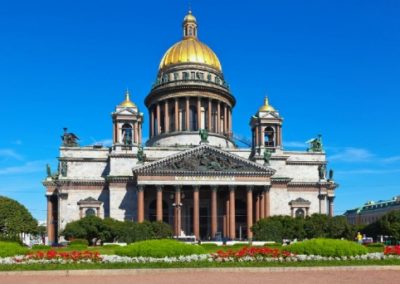